Three retired women, Julia Mosley, Susan Hamilton and Trish Wade were moved by the many young people they saw desperately seeking help at schools in their communities. They recognised a need to support young people who were falling out of the education system because they didn’t have the financial resources & emotional support to succeed. These woman wanted to use their combined skills to raise funds and support as many young people in this situation as possible.

In December 2009, they established the YES OP Shop on Mahoneys Road in Forest Hill, Victoria. The shop has served to engage public support and has attracted many like-minded volunteers who have helped to grow YES, Inc. into what it is today. Since the opening of the first shop, public support has expanded and with the generous support of donors and patrons, lead to the opening of a second shop, called ‘YES 2 Shop’ also on Mahoneys Road in Forest Hill. This second shop increased capacity and has allowed Yes, Inc to sell items such as furniture that increase the amount of funds that can be raised by the shops.

Because YES Inc., has such an amazing team of volunteers it has not had to rely on any paid staff! This means that 100% of ALL Donations are used directly to support young people in need!

We would like to recognise a few of our wonderful patrons: 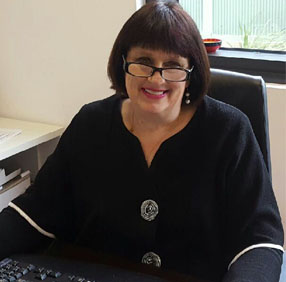 As a Children’s Court Magistrate and as a mother and grandmother I am very proud to be the patron of Youth Education Support Inc. I have been a Magistrate for 25 years, both in the Magistrates’ Court and for the last nine years in the Children’s Court.

There is no doubt that education is the key to the future of our children and young people. Without education their choices are very limited and many find themselves making bad choices and ending up in prison or living sad and unfulfilled lives.

I am passionate about the need to ensure that all children go to school and to obtain an education that will enable them to achieve whatever they want to in life. Youth Education Support Inc. is an organisation which assists young people to achieve great things and I support it wholeheartedly. 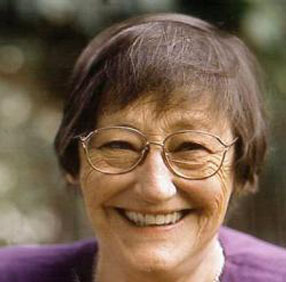 Barbara began her career as a legal stenographer, later studying law and opening a practice as a solicitor. She eventually represented children, and spent 13 years as a NSW Children’s Court Magistrate.

Barbara resigned from the bench in June 1994, believing she could do more outside a system she found hamstrung by “ridiculous” legislation. Barbara was one of Australia’s most outspoken and committed children’s rights advocates and wrote three books: – Those Tracks on my Face, Kids – Loving for Life, and The Good, the Bad and the Inevitable. 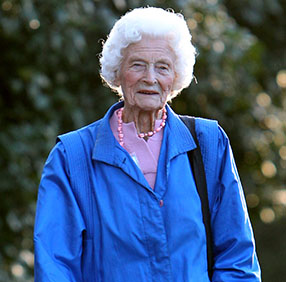 “As I enter my centennial year it was with great joy that I accepted the honour of Ambassador for Youth Education Support Inc.

Having worked as a volunteer for the past 30 years I know firsthand the benefits of volunteering both to the community and our lives. My roles have been varied from Op Shop Manager, to providing meals on wheels for the sick or elderly to Neighbour Watch or collecting for Red Shield. A career as a volunteer can be as diverse as someone else’s need, and can change at any time.

Currently you will find me most days of the week behind the counter ready to have a chat, and help you with your purchase. I have happily and proudly volunteered with YES Inc. since its inception, witnessing a small dedicated group of volunteers with a vision, grow into a hardworking enthusiastic team of over 80. I consider it an enormous privilege to know that I can contribute to the very important work of YES INC. and help to support our younger generation to better equip themselves for the challenges ahead.”

The YES Inc Foundation was officially registered in May 2009. It operates with the help of about 80 volunteers who have retired from successful professions. We have two opportunity shops in Forest Hill. Office Administration located at Whitehorse City Council Resource Centre in Forest Hill.

Thank You!
Your message has been sent successfully.